← The Bees Survive Winter #2!
How This Gardener Survives Winter →

This year when I was sifting through my seed box, I realized just how old some of my seeds were! The average home gardener doesn’t need all 30 of those zucchini seeds they provide in a standard seed packet (unless you’ve really taken off with this zoodles craze, I suppose).

I actually had seed in my box from my first year of gardening – 2011! It wasn’t that we don’t like Joe’s Long Cayenne peppers, just that we only need to grow one or two of those plants each year. One or two plants = one or two seeds, i.e. one packet of seeds is *a lot* of cayenne peppers! This is why seed swaps have become quite popular. Or you could make a ton of hot sauce? Instead, I just planted a few seeds every year, and they’ve been germinating just fine all this time, without special treatment.

Last year I did give space in my seed starting flats to an old seed that ended up not germinating. Frankly, it’s valuable real-estate under those lights, so I don’t want to take up space with dead seed again. This year, we decided to do a fun little germination test to determine if our oldest seed was still viable. Homeschool for the win, this little activity fell in the category of science experiment, and our evaluation served as an opportunity to learn about percentages! 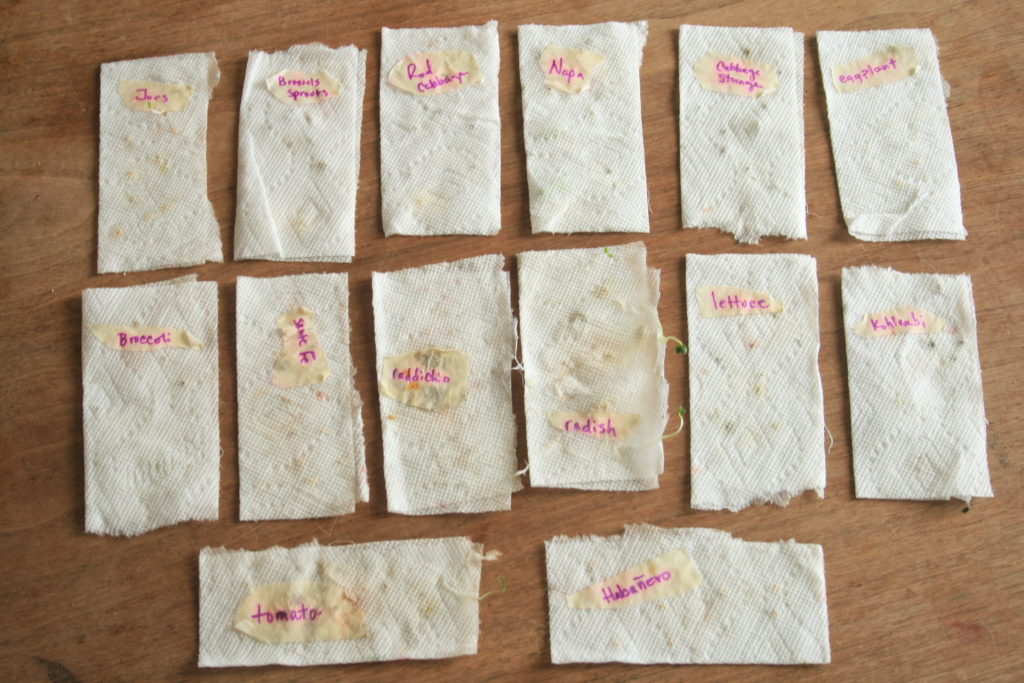 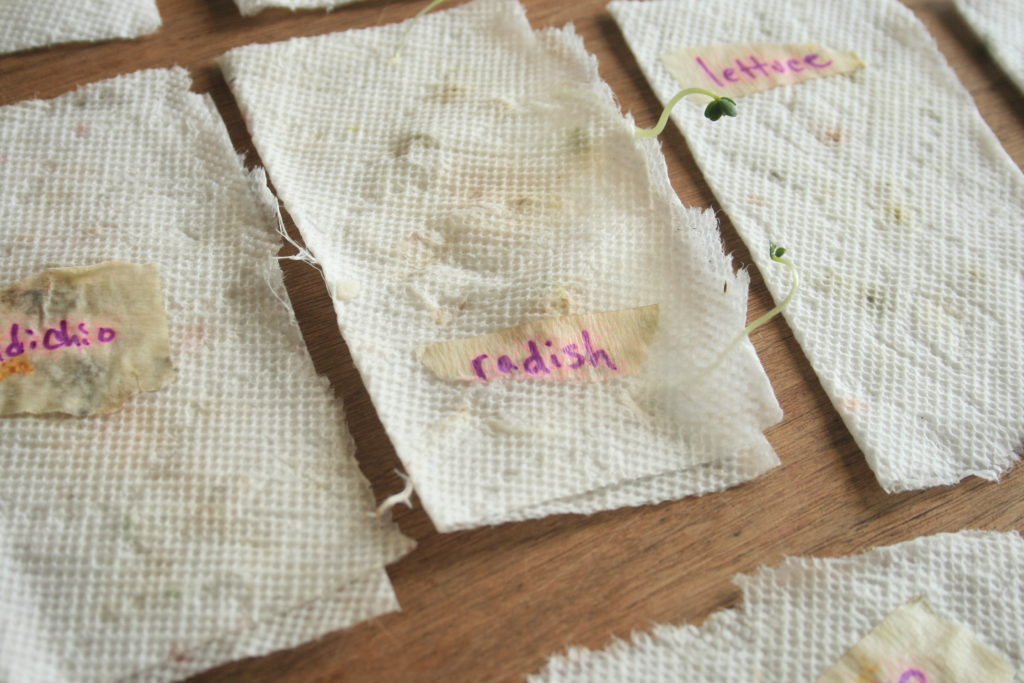 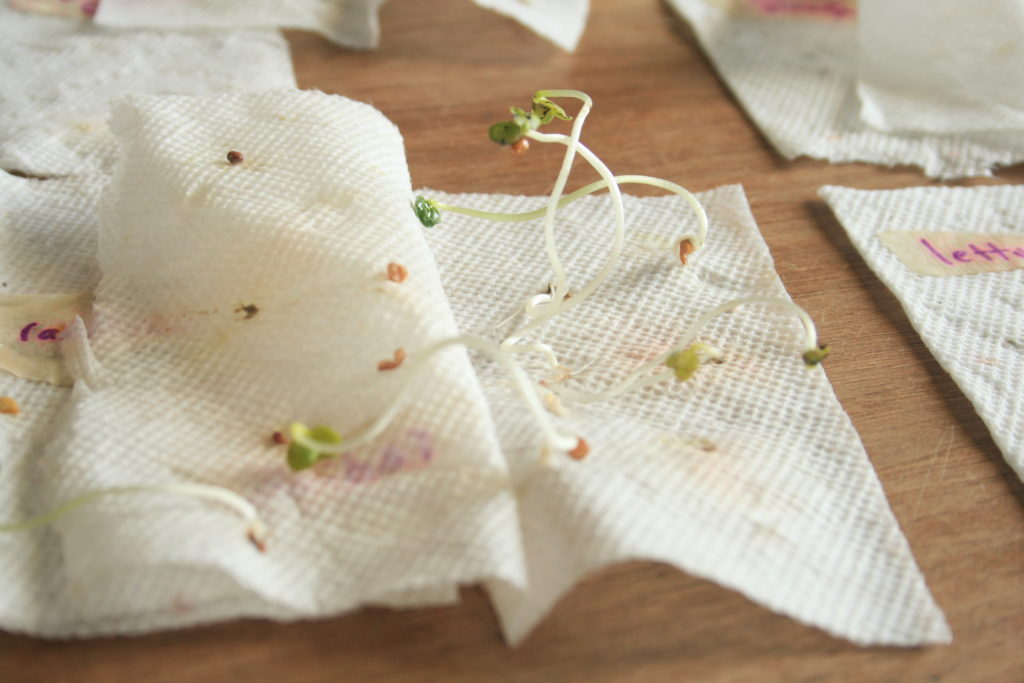 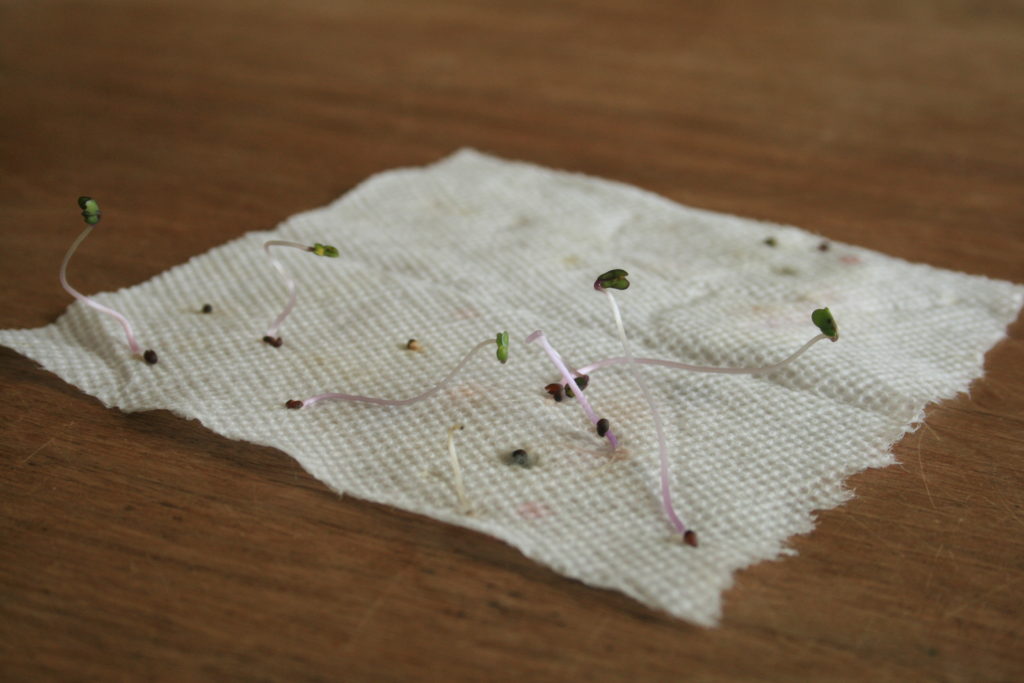 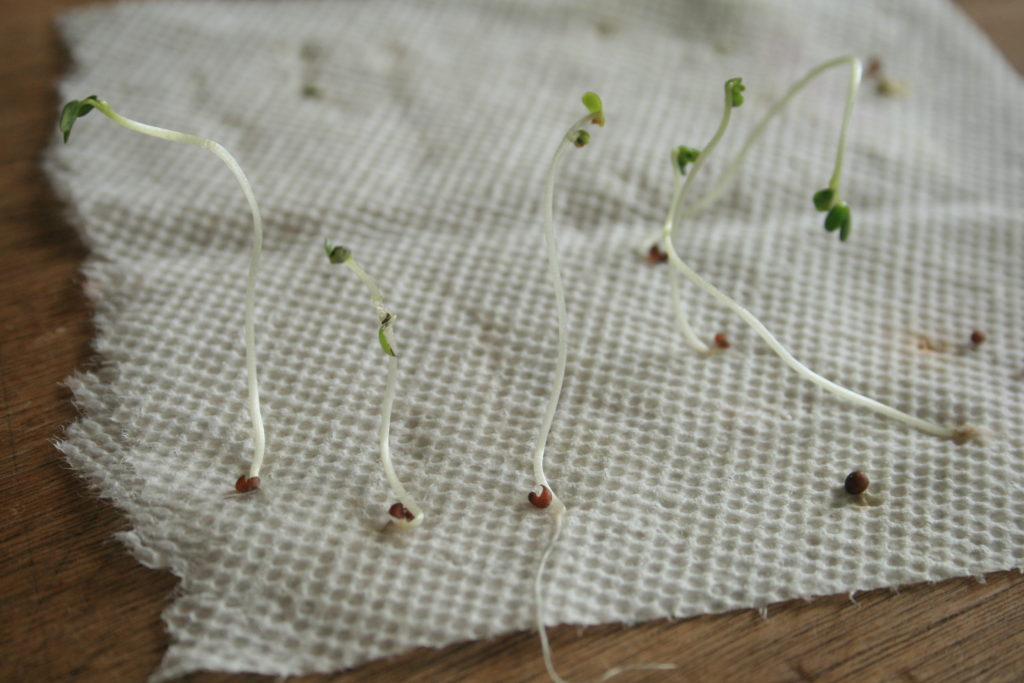 Create a crease in the damp paper towel by folding it in half like the cover of a book. Open it back up and tuck ten seeds inside, evenly spaced out. Close it back up and make sure your seed booklet is labeled. If you’re doing more than one seed type, simply stack them together. When you’re done tucking seeds, place the damp stack inside the ziploc bag, press the air out and seal it closed. Place the baggy in a warm place.

We gave these about ten days to germinate before opening them back up.

When evaluating  – compost seeds with extremely low germination. For those that germinated some, but not stellar, I like to write the percent of germination on the seed packet. When I go to sow these older seed, I’ll use that percentage to determine how thickly to sow the seed. For example, I might place three or four seeds in a seed-starting cell instead of one or two. 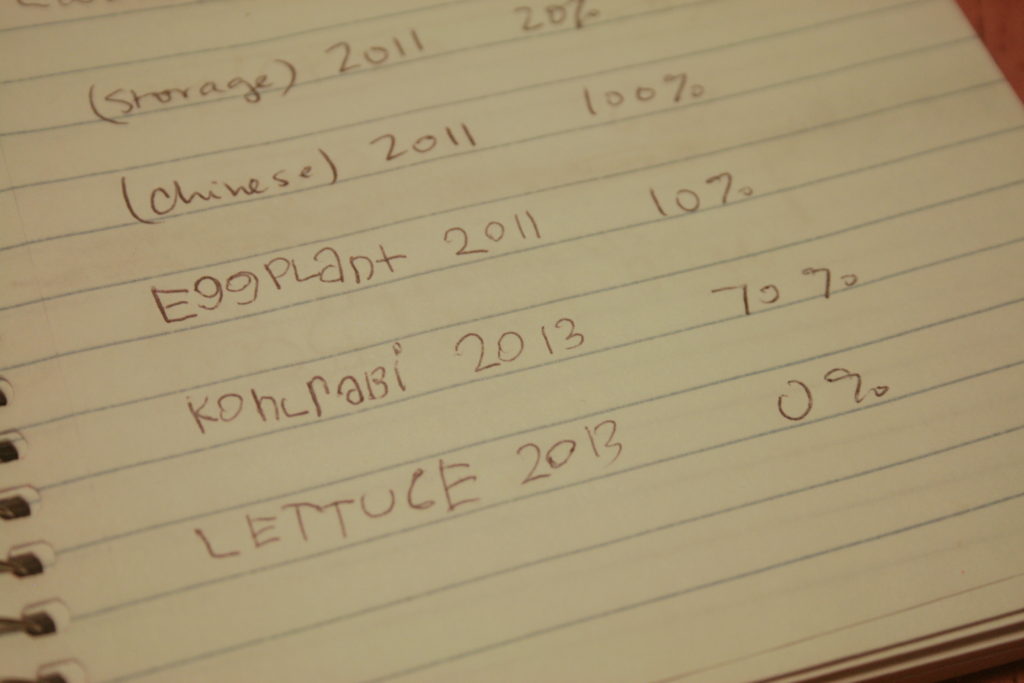 >>Cheers to milking those seed packets for all that we can, eh? Let me know if you try this and how it goes!

← The Bees Survive Winter #2!
How This Gardener Survives Winter →